A shout out to our partners at the ECPTA 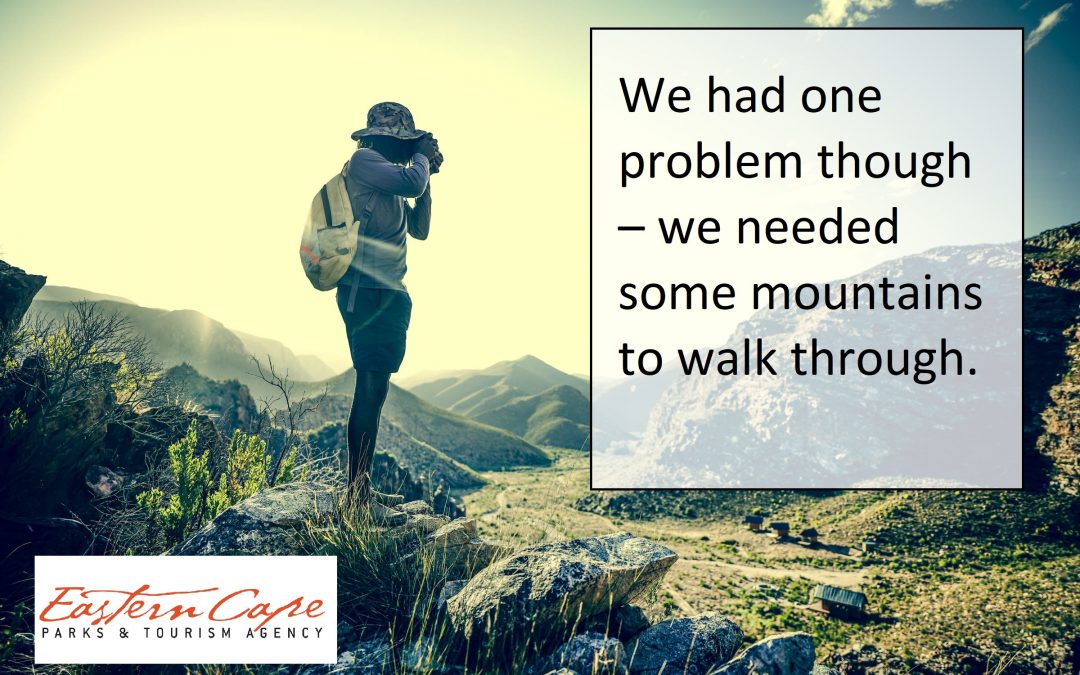 10 years ago the idea of the Leopard Trail was born around a camp fire by the team at Cedar Falls.  Those sitting there were dwarfed by the night sky and the silhouette of the magnificent mountains of the Baviaans World Heritage Site Reserve – a call to create something special.  The next day we worked through the plan of how it could work, what would be required and how to set it up as a community project.  We had one problem though – we needed some mountains to walk through.

The best routes would take us into the reserve, and for that we would need the Eastern Cape Parks and Tourism Agency (ECPTA) to agree to the project and give us permission to send hikers into the great Baviaans mountains.  We were confident that given the incredible potential of the project to combine community development, conservation and the promotion of a green economy, we could get the ECPTA onboard.

And indeed, over the next few months the ECPTA became an enthusiastic partner, supporting the idea wholeheartedly.  While they did not have resources to help get the project started, the ECPTA team created the enabling environment and permissions for the project to keep moving, while also committing to see if they could help in the raising of funds for the eventual building of huts that would open the project to a wider audience of hikers.

It took us a good few years to get the hike to a point where we could get the first feet on the trail.  Our community project finally received the Environmental Impact Approval we needed, and was able to borrow money to get a team of locals into the mountains for 8 months to create the trail and buy a 19 year old Land Cruiser to transfer hikers bags from night to night.  During this time we were always hopeful that somehow we would find funds to eventually build huts for hikers, though for the time being the trail started with a tented camp option.

Five or six years into the project we received an unexpected and surprising call from the ECPTA.  Through a partnership with the National Department of Tourism they had been able to secure funds for the building of huts on the trail!   The actual construction of huts would not start for another two years, but for all of us involved we felt massive relief and excitement that huts would be coming.

The huts are now complete and are superb!  The Leopard Trail is consistently included in most bucket lists of must do hikes in SA, and with the addition of the huts it is becoming vital for hikers to book way in advance to secure a spot.  Through the partnership between the Leopard Trail and the ECPTA, the idea that was born 10 years ago has grown into a project that is far more than just a hike.  It is a stunning example of how great partnerships can change lives.

So from the team that sat around that camp fire 10 years ago and all the people on the ground who are involved in the bigger project, we would like to say a heart felt thank you to all of our partners at the ECPTA.  Here’s to a long future of creating a legacy for hikers and locals alike.